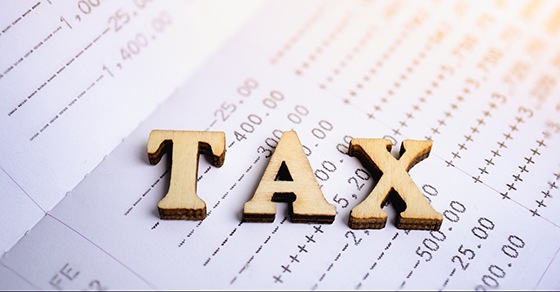 Series EE Bonds – When is the Tax Due?

You may have Series EE savings bonds that were bought many years ago. Perhaps you store them in a file cabinet or safe deposit box and rarely think about them. You may wonder how the interest you earn on EE bonds is taxed. And if they reach final maturity, you may need to take action to ensure there’s no loss of interest or unanticipated tax consequences.

Series EE Bonds dated May 2005 and after earn a fixed rate of interest. Bonds purchased between May 1997 and April 30, 2005, earn a variable market-based rate of return.

Paper Series EE bonds were sold at half their face value. For example, if you own a $50 bond, you paid $25 for it. The bond isn’t worth its face value until it has matured. (The U.S. Treasury Department no longer issues them in paper form.) Electronic Series EE Bonds are sold at face value and are worth their full value when available for redemption.

The minimum term of ownership is one year, but a penalty is imposed if the bond is redeemed in the first five years. They earn interest for 30 years.

How these bonds are taxed

The interest on this type of bond isn’t taxed as it accrues unless the owner elects to have it taxed annually. If an election is made, all previously accrued but untaxed interest is also reported in the election year. In most cases, this election isn’t made so bond holders receive the benefits of tax deferral.

If the election to report the interest annually is made, it will apply to all bonds and for all future years. That is, the election cannot be made on a bond-by-bond or year-by-year basis. However, there’s a procedure under which the election can be canceled.

If the election isn’t made, all of the accrued interest is finally taxed when the bond is redeemed or otherwise disposed of (unless it was exchanged for a Series HH bond). The bond continues to accrue interest even after reaching its face value, but at “final maturity” (after 30 years) interest stops accruing and must be reported.

Note: Interest on EE bonds isn’t subject to state income tax. And using the money for higher education may keep you from paying federal income tax on your interest.

One of the principal reasons for buying this bond is the fact that interest can build up without having to currently report or pay tax on it. Unfortunately, the law doesn’t allow for this tax-free buildup to continue indefinitely. When the bonds reach final maturity, they stop earning interest.

Series EE bonds issued in January 1989 reached final maturity after 30 years, in January 2019. That means that not only have they stopped earning interest, but all of the accrued and as yet untaxed interest is taxable in 2019.

If you own EE bonds (paper or electronic), check the issue dates on your bonds. If they’re no longer earning interest, you probably want to redeem them and put the money into something more lucrative. Contact us if you have any questions about the taxability of savings bonds, including Series HH and Series I bonds.